It’s August 23rd and I’d like to share with you some moments of my 24th year by mentioning the two exciting packages I received from New York and Toronto.

I haven’t published any posts in a while. During this time, I took some rest and traveled, and spent most of my time on my own investments and businesses. Now, on the verge of entering a new year of my life, it seems a good time to here (my personal blog), I take a look at my passed year.

Actually, thinking about my 24th year only reminds me of tough days when I used to prepare for or participate in events. This year, the book “Covid Acts of Kindness” was first released in August on the world’s biggest retail website, Amazon. Then, we presented and signed it at the Guinness event. Meanwhile, I set up a modern charity named MaNgo in the metaverse. In December, the book “Rise Above Adversity” was released on Amazon, and was on its bestseller list from the very first moment. Finally, Brian Tracy, me, and other co-authors officially unveiled it on December 10, followed by a flurry of domestic and foreign interviews. Carrying out these things and spending those times was so arduous that later I preferred to go into solitude and focus on my works, all of which also had personal successes.

During this time, many packages, awards, and certificates of appreciation were sent to me and I shared some of them with you on MansNotes. However, I never showed two of those packages, from New York and Toronto to anyone! And now I think it’s appropriate to share part of them and celebrate the end of my 24th year with you.

I received the first package from the US and finally got what I was waiting for; a Shiny GUINNESS WORLD RECORDS certificate with the OFFICIAL PARTICIPANT badge sent to all main participants of the Guinness event on September 1, 2021. I don’t know if all Guinness certificates are like this or not, but this one is very fragrant and of course, like all Guinness certificates, it has an embossed and shiny hologram and has been signed by the Guinness president. Mine is signed by Alistair Richards. 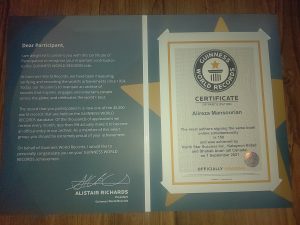 I’d like to always keep this certificate on my desk so that looking at it would make the difficulties of working easier for me. However, since we have been assured that no more copies will ever be printed, I have to keep it in the bank.

As a child, such photos of Michael inspired me. Of course, he has 7 of them in this picture as Guinness OFFICIAL HOLDER!!! 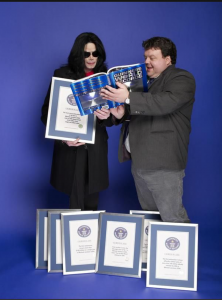 I received the second package from Amazon, Canada. This certificate congratulating me on being on Amazon’s bestselling author list was sent to me at the request of my publisher from Amazon. 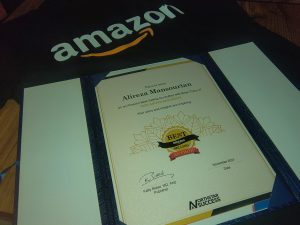 Finally, one of the things that cheered me up in my 24th year of life was that Northstar Publishing planted a mangrove tree on the coast of the Persian Gulf named Alireza Mansourian. 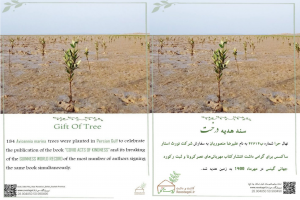 Now at the age of 25, looking back on the past year gives me a good feeling! Most of my happiness is because I finally left something of myself. It is said that books last forever! These were my gifts! Sincerely dedicated to humans! with love! L-O-V-E!